Wyatt’s second stop of Lancaster City Restaurant Week was Levengoods located at 104 W. King Street. Levengoods of Lancaster is a cidery that offers numerous flavors of their unique ciders along with casual and delicious light fare. You can also find Levengoods’ cider at bars and restaurants throughout Lancaster City like Zoetropolis Cinema Stillhouse and Shot & Bottle. 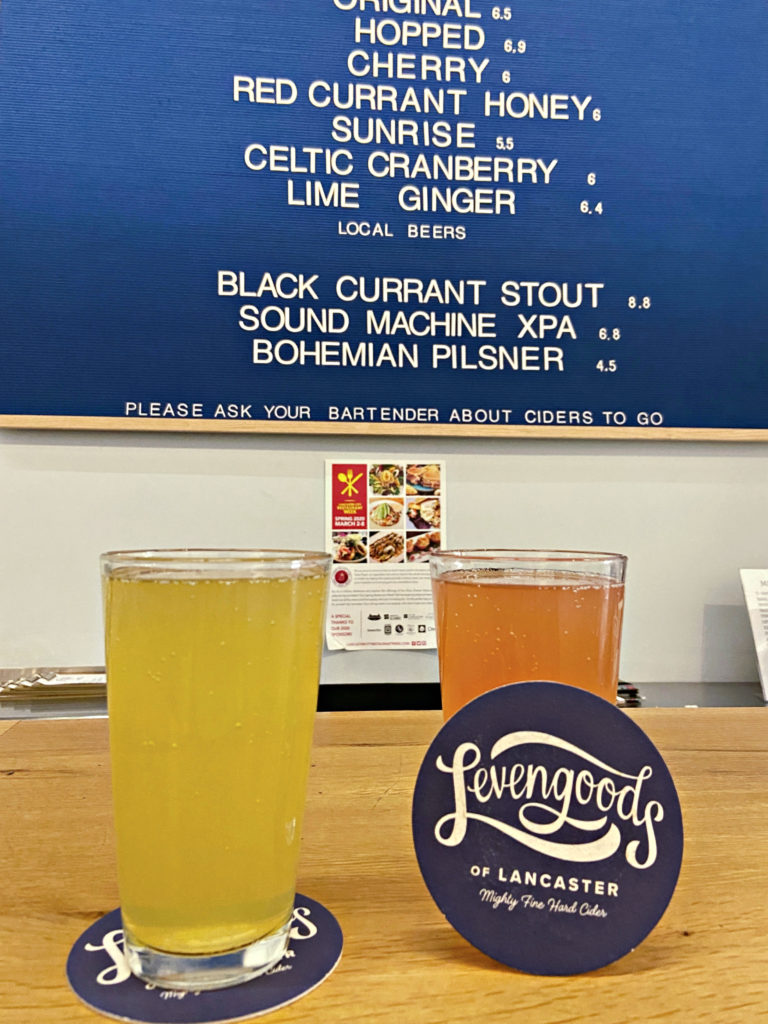 Levengoods is a must-visit this week to take advantage of their $10 LCRW deal. For $10, you can get a complimentary pint of their own cider and can choose one of three appetizers: two soft pretzels with dip, Levengoods nachos, or a small cheese board sourced locally from the Lancaster Central Market (Levengoods also sources some cider ingredients right from Central Market).

Tagging along with Wyatt was Anja, an LCRW expert. Wyatt selected one of his favorite cider’s Lime & Ginger and Anja tried something new, the Red Current Honey cider. The pair got a cheese board and nachos to share. With cheeses from Lancaster Central Market’s Farm 2 Table Creations stand, the board had three kinds of cheese: smoked gouda, Spanish manchego, and drunken goat. The nachos were served with chicken (optional), cheese, jalapeno, black olive, onion, sour cream, and salsa. The theme of the evening was clearly cider and cheese, and no one had any complaints. Oh, and make sure your shirt matches your cider!

Stay tuned for more installments of Visit Lancaster City Dines Around as Wyatt makes his stops around the city for this season’s Lancaster City Restaurant Week. Plus, you can join in and show off your favorite meals by entering the LCRW2020 Instagram Contest. Snap your best photo of your LCRW experience and post it with the #LCRW2020 to be entered. Three prizes of Downtown Dollars will be awarded to first, second, and third place. 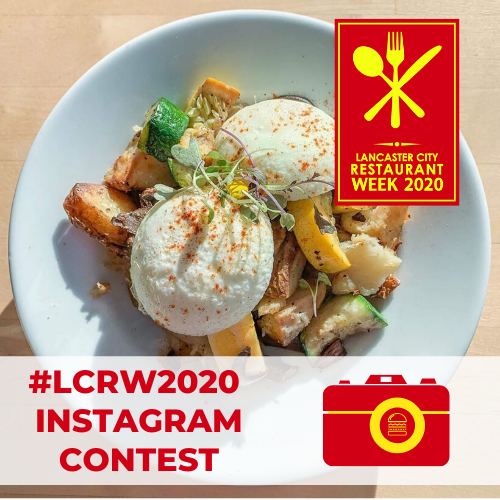